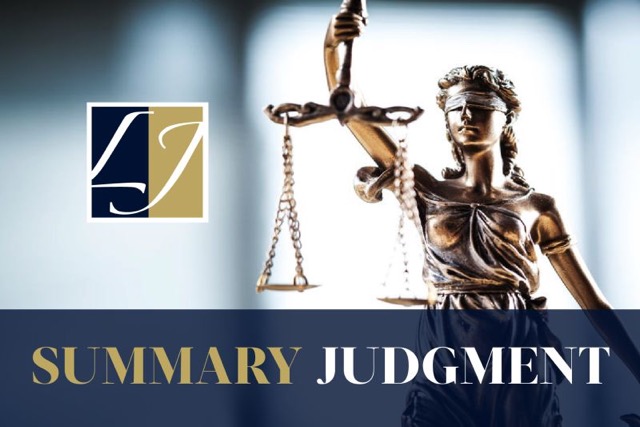 Partner Scott Frycek secured a dismissal of a medical malpractice action brought against a physician and urgent care center. It was alleged that the doctor and the practice failed to timely diagnose and treat a pulmonary embolism (PE) leading to the patient’s death. The patient presented to the urgent care center with complaints of shortness of breath with exertion and a cough productive of sputum. Our client examined the patient and considered a differential diagnosis of respiratory infection versus “personal history of PE.” The option of ER management versus an outpatient work-up for a PE was discussed and the patient opted for an outpatient work-up with D-dimer testing and went home. When a D-dimer result was received later that day, our client immediately called the patient and directed him to go to the ER. A work-up confirmed a PE and he received anticoagulation medication. The patient remained stable at the hospital with no signs of respiratory distress for over 36 hours. However, the patient suddenly expired at the hospital secondary to cardiac arrest.

Scott argued that our clients appropriately considered the possibility of a PE and properly discussed treatment options with the patient. Given the patient’s stable vital signs and normal examination findings, he maintained that it was reasonable to pursue an outpatient work-up for PE. The standard of care did not require an immediate referral to the hospital. From a causation perspective, there was nothing our clients did or did not do which was a substantial factor in causing the patient’s death.

Plaintiff’s counsel opposed our motion and argued that our clients departed from good and accepted medical practice by failing to immediately refer the patient to the ER. It was alleged that the delay in immediately referring the patient to the hospital was a substantial factor in causing his death. Scott argued in reply that the opinions set forth by plaintiff’s experts were entirely speculative, and maintained that the patient’s cardiac arrest and death could not have been predicted or prevented.

The Court agreed with Scott’s arguments raised in our motion papers and dismissed the plaintiff’s Complaint in its entirety.