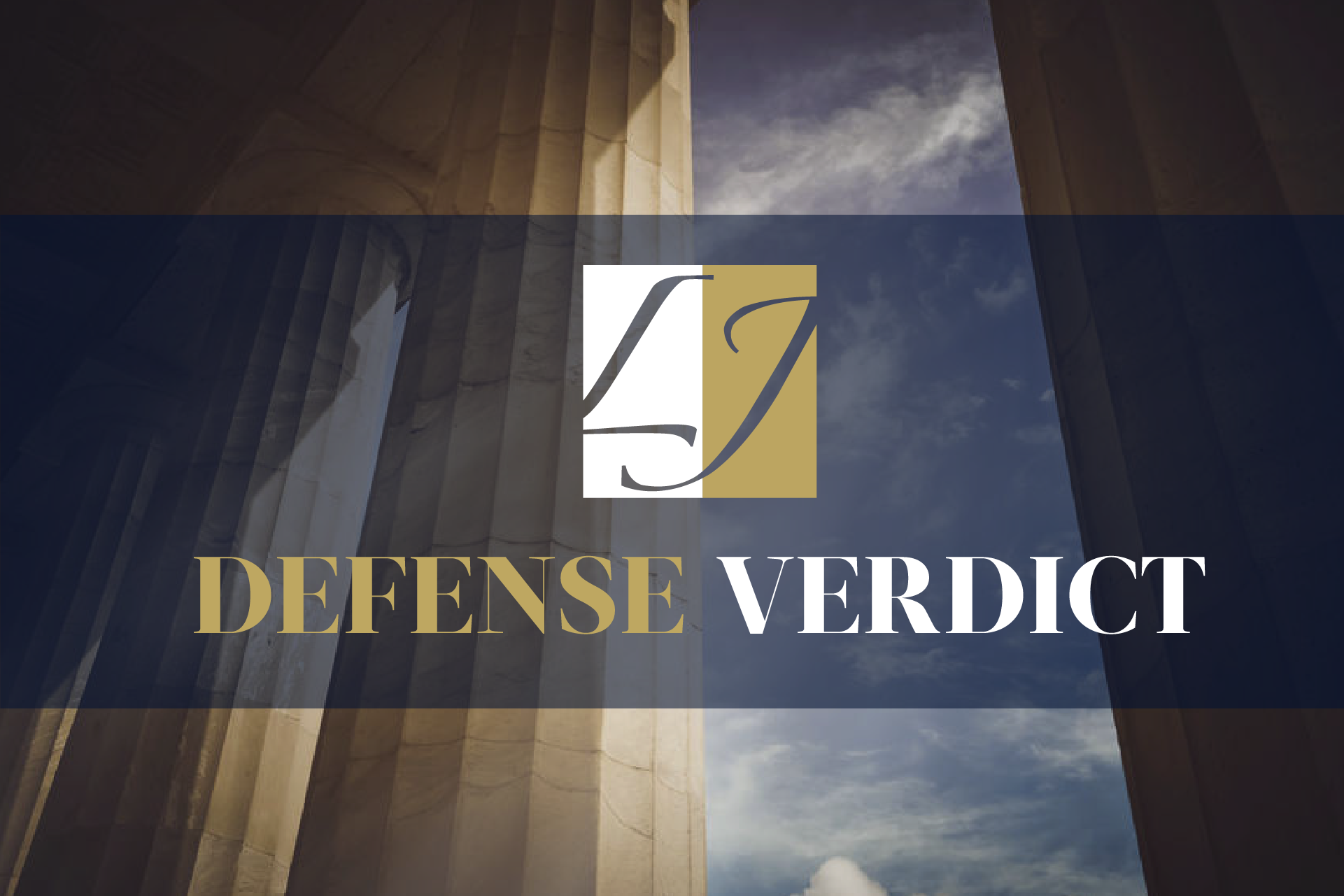 Partner Fred Johs, assisted by Senior Counsel Jeffrey Hummel, obtained a defense verdict on behalf of our clients, an emergency medicine physician and an internist, in the Supreme Court, Suffolk County, on November 21, 2019.  This case was brought by the surviving spouse of a deceased 69-year-old female patient, who presented to the Emergency Room with nausea, vomiting, and dizziness. There were factual disputes as to whether these symptoms started before or after she awoke that morning and whether she also had neurological symptoms when she first arrived at the hospital.  The emergency medicine physician worked up and cared for the patient in the ER. It was documented that she developed neurological symptoms hours later. At that point, the internist admitted the patient and requested a Neurological consult. The patient’s neurological and respiratory status significantly deteriorated approximately six hours later. She was ultimately diagnosed with an ischemic brainstem stroke, which condition ultimately caused her death days later.

Plaintiff’s claims included allegations that our clients failed to obtain a proper history, failed to properly assess and monitor the patient, failed to include an evolving brainstem stroke in their differential, failed to comply with the hospital’s stroke protocol, failed to timely obtain a Neurology consult, and failed to timely administer aspirin and/or thrombolytics.  The defense argued that the patient’s presenting symptoms were non-specific, she was not a candidate for thrombolytics, in any event, aspirin can be administered within the first 24-48 hours, a Neurology consult was properly ordered when the patient demonstrated neurological symptoms, and an earlier intervention would not have changed her clinical outcome.

The jury returned a unanimous verdict in favor of our clients.