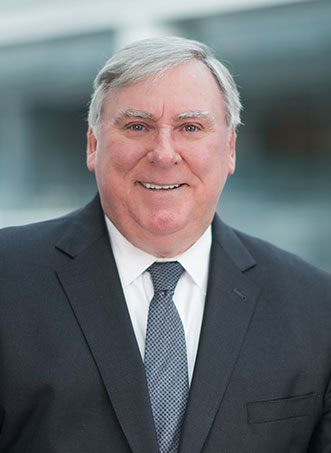 Prior to founding Lewis Johs in 1993, Bill was senior trial partner and head of the Medical Litigation Department at a large national law firm.  Prior to that, he was in private practice as trial counsel to the defense industry and served as an Assistant District Attorney in Bronx County.

He has appeared as a medical litigation expert on an internationally syndicated television talk show, has lectured on burdens of proof in insurance fraud cases, has been a guest lecturer at the American Inns of Court, Nassau County, Roosevelt Chapter, an instructor at the National Institute of Trial Advocacy at Hofstra Law School, and has served as a member of the Board of Ethics for the Town of Hempstead.  He has also been published in Medical Malpractice in New York, “Chapter 2: Statutory Laws in Medical Malpractice, New York State Bar Association, 2000.” Bill is a member of the New York State Academy of Trial Lawyers, New York state Trial Lawyers Association and the New York State Bar Association.  Bill has been named as one of the tri-state region’s “Best Lawyers” for thirteen years.   Additionally, Bill has been selected for inclusion in Super Lawyers for seven consecutive years.