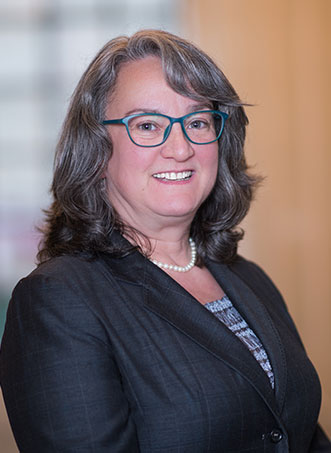 Teri Scotto-Lavino specializes in the defense of physicians and medical facilities against claims of malpractice.  She works with both medical and dental clients.

For thirteen years, Teri was practicing as a Registered Respiratory Therapist and supervisor in multiple hospital facilities in the metropolitan area.  Her practice involved all areas of medicine but she focused in intensive care, pediatric and emergency matters.

Teri Scotto-Lavino also defends clients in areas of complex general liability from inception to trial.  Her practice areas include premises liability and property damage claims.  She provides representation to acute care facilities in the New York Metropolitan Area in matters that include claims of negligent maintenance, elevator and escalator accidents, security matters, premises liability and negligent hiring and supervision.

She is a member of the firm’s Employment Practices Group, litigating claims related to discrimination, harassment, retaliation, unlawful discharge, and demotion.

Prior to joining the litigation team at Lewis Johs, she was involved in the public interest arena prosecuting Family Court matters to verdict for the Administration of Children’s Services in New York City where she became a supervising attorney.

Teri successfully drafted and argued appeals in the Appellate Division of the Supreme Court of the State of New York, First and Second Judicial Departments.  In the private sector, she was responsible to litigate the defense of two class action suits in New York State.