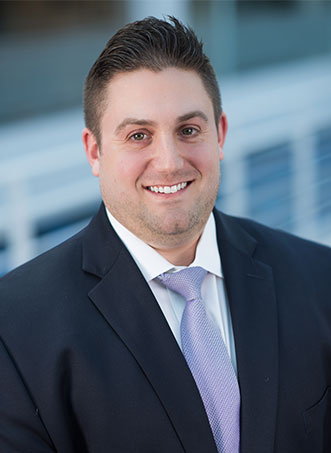 Ross Ruggiero is an associate at Lewis Johs, concentrating his practice in the areas of vehicular negligence, insurance coverage and No-Fault Insurance Law.

In 2015, Ross received his Juris Doctor degree from Touro College, Jacob D.  Fuchsberg Law Center.  While in law school, he devoted much of his time to the clinical programs in the areas of Mortgage and Foreclosure law as well as Bankruptcy Law.  During his time within the clinic, he helped clients with very minimal financial means apply for mortgage modifications and protected them against creditors, while helping them achieve discharges under the United States Bankruptcy code.  He was also a member of the Alexander Hamilton Inn of Court.  During the summers and in between semesters, Ross interned for the Honorable Jeffrey Arlen Spinner of the New York State Supreme Court where he conducted legal research and observed the daily court room proceedings.  Ross also spent time interning at the State of New York Supreme Court, Appellate Division First Judicial Department, where he helped write a decision with the Justices of the Court as well as observe oral arguments.

Prior to attending law school, Ross graduated from The University of Hartford with a B.A.  in Political Science.

Ross was admitted to practice law in New York in 2015 before the New York State Bar, First Judicial Department.  He is also admitted to practice in the United States District Court for the Eastern and Southern Districts of New York.  Ross is a member of the Suffolk County Bar Association and LeTip International. In 2021, Ross was named a Metro New York Rising Star.