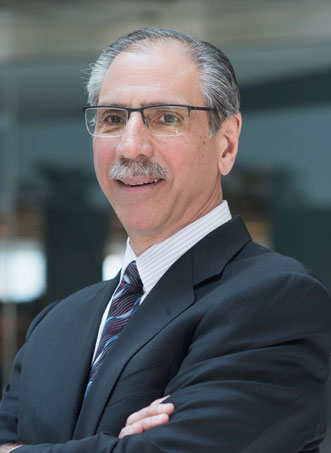 Bob Avallone practice focuses on litigation, professional and municipal liability defense, appeals, corporate practice and insurance coverage.  Bob began his legal career in 1979 with a Manhattan defense litigation firm, and in 1981, he joined a large national law firm where he became Supervising Attorney of the firm’s New York Litigation Department.  Throughout his career, Bob has lectured extensively to both public and private sector audiences, and at legal seminars, on a wide range of coverage and litigation related topics.  Additionally Bob is an approved Guardian Ad Litem and Receiver, and acts as Counsel to Receivers for the New York State Unified Court System, practicing in the State, Surrogate and Federal Courts in New York.  Martindale-Hubbell has awarded him its highest “AV” rating and Long Island Pulse Magazine rated Bob a Top Legal Eagle in Suffolk and Nassau Counties for litigation and insurance coverage.

Bob serves on the Board of Directors for the SUNY Geneseo Foundation and as an active member for the Centerport United Methodist Church.  He was also a former member of The Board of Governors for the New York State Unified Court System Attorney-Client Dispute Resolution Program.