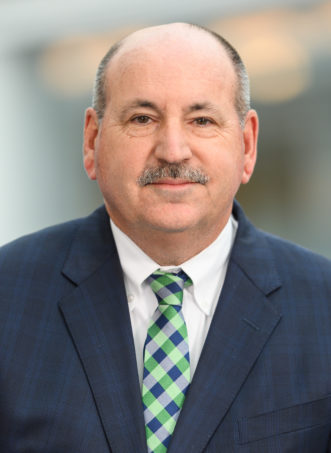 Michael Clancy has represented clients for thirty-four years in all areas of casualty defense, including vehicular negligence, premises liability, municipal liability, intentional torts, as well as clients involved in construction and worksite accidents.  Michael has tried numerous cases and he has achieved positive trial results and verdicts for his clients throughout the New York Metropolitan area.  Michael has also successfully represented clients at alternative dispute resolution forums, including non-binding mediation and binding arbitration.

Prior to joining Lewis Johs, Michael served as a trial attorney for twenty years while working for a large insurance carrier.  He became a senior trial attorney, gaining trial experience in both personal and commercial lines of business. Thereafter, he spent fourteen years as a senior partner in the law firm of Breen & Clancy, focusing his efforts on the firm’s defense of personal injury cases.

Michael is a member and serves on the Board of Directors for the Nassau-Suffolk Trial Lawyers Association.  He has also been a member of the Suffolk County Bar Association for over thirty years and held many positions including Chair of the Supreme Court Committee, member of the Negligence Defense Committee, and the Board of Directors.  He has been appointed to the prestigious Judicial Screening Committee for two separate terms, and he is currently a member of that Committee.  Mike has also had the privilege of lecturing on the topics of civil litigation and jury trials at both Hofstra University School of Law and Touro Law School. He is admitted to practice law in the Courts of the State of New York and the United States District Court, Eastern District of New York.

In 1984, Michael earned his Juris Doctor Degree from New York Law School.  In 1981, he earned a Bachelor of Arts Degree in Political Science and American History from State University of New York at Stony Brook.

Proudly, Michael has served his community as a volunteer firefighter with the Bayport Fire Department.  He has continually been able to pass the requirements and meet the qualification of a class “A” firefighter and he has achieved life membership status in the department. Additionally, he currently occupies the elected position as one of the three Trustees within the Fire Department.  He was also a certified USA Hockey referee for twenty-five years, having officiated ice hockey games from the squirt levels to the college level.

Michael served on behalf of the United States Marine Corps and received an Honorable Discharge in 1981.