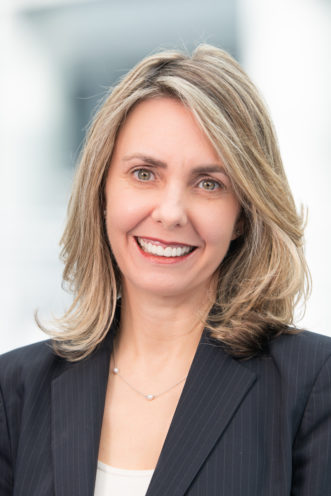 Karen Berberich focuses her practice in the area of insurance coverage and handles complex insurance issues involved in first party and third party claims.  She provides coverage analysis and opinions and represents insurers in coverage litigation on a variety of issues arising under including homeowners policies, personal and commercial automotive policies, personal umbrella policies, commercial general liability policies, excess policies and medical and professional liability policies.  Karen is a skilled litigator practicing in both state and federal courts.  For example, she won summary judgment on an intricate coverage issue involving the prestigious National Arts club in Manhattan.  The underlying case involved eight counterclaims and a separate case by the US Attorney General involving over $1 Million.  The federal court agreed that there was no duty to defend or indemnify under a non-NY umbrella policy afforded to the directors and officers of the club.  Additionally, she has successfully resolved insurance coverage disputes through mediation and arbitration.   She achieved an arbitration award of over one million dollars on behalf of an insurer in a dispute arising over different interpretations of notice and tender obligations in connection with the 9/11 Litigation.  In addition to her coverage practice, Karen also handles a variety of environmental matters.  She obtained summary judgment on behalf of a local oil company being sued for over 1.3 million under the Navigation Law.

Prior to joining Lewis Johs, Karen was the managing partner of the New York City office of a national law firm specializing in aviation and transportation law.  She has represented air carriers, airports, fixed base operators, air traffic controllers, aircraft maintenance, repair and overhaul facilities and airport service providers in personal injury and wrongful death litigation, in contractual disputes, in regulatory compliance and transactional matters and during investigations.  Karen represented two airports in the 9/11 Litigation and was successful in achieving a dismissal of all claims against both airports arising from the attacks.   She also represented US Airways during the National Transportation Safety Board’s investigation of the flight that landed on the Hudson River.  In addition, Karen has represented a number of interstate moving companies and cargo insurance companies in litigation arising from the loss or damage to goods.   Karen successfully opposed a multi-million dollar putative class action against a large moving company for alleged violations of federal regulations.   She has also been successful in bringing trademark infringement actions on behalf of moving companies for improper use of company logos.