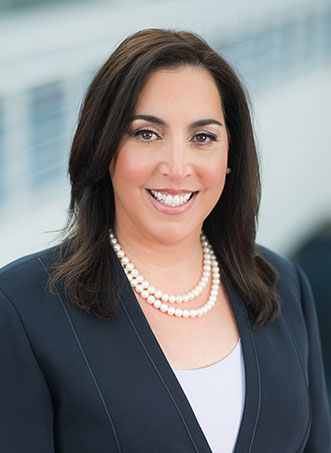 Jessica Klotz’s practice concentrates in the defense of individuals, corporations, professionals and municipalities in areas of civil litigation, including premises liability, personal injury, property damage, employment law and sexual harassment, intentional torts, professional liability, maritime law and civil rights violations in both state and federal courts.  Prior to joining Lewis Johs, Jessica was associated with a large insurance defense firm in Manhattan, where she handled matters involving both civil and commercial litigation, in the state and federal courts of New York and New Jersey.  She began her legal career at a small plaintiff’s firm in Manhattan.

Jessica has studied extensively the obligations of a settling party under the Medicare Secondary Payer Act, serving as counsel to a number of insurance companies to ensure that they have fulfilled those obligations.  She has lectured to many of the firm’s clients on this topic.

Jessica received her Juris Doctor from Benjamin N. Cardozo School of Law in 1993, where she was a member of the Moot Court Honor Society and was awarded the Jacob M.  Burns Medal for Academic Excellence.  Jessica was inducted into the Order of the Barristers in 1993.  Currently, she serves on the Executive Committee for the law school’s Alumni Association.  She is Co-Chair of the Long Island Alumni Group , which hosts events on Long Island for alumni, parents, students and judges, and sits on the Personal Injury Practice Group Committee and the Dinner Committee.  In 2010, she served as the Alumni Dinner Chair for the Annual Alumni Dinner honoring the Honorable Dianne T. Renwick of the Appellate Division.  First Department, and her classmate, David Samson, President of the Miami Marlins.  She received her Bachelor of Arts Degree in 1990 from Rutgers College, where she was a member of the Women’s Varsity Fencing team.