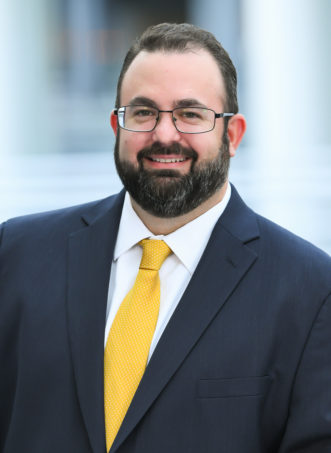 Jim Connors has extensive experience defending clients in cases sounding in professional and general liability with a focus on matters involving nursing home liability, medical malpractice, and construction accidents.  Jim also has experience with cases involving  premises liability, vehicular negligence, attorney malpractice, religious institution liability and products liability.  He has handled all aspects of defense litigation from inception through trial in New York State Supreme Courts throughout the City of New York, Long Island, and Upstate Region.  Jim has successfully argued before the Appellate Division, Second Department and has many reported decisions.

Prior to joining Lewis Johs, Jim was a partner with a Nassau County firm specializing in professional malpractice and negligence actions.  In 2000, Jim was admitted to practice in the State of New York.  He is also admitted to practice in the State of Connecticut and the United States District Court for the Southern District of New York and the Eastern District of New York.  He earned a Juris Doctor from St. John’s University School of Law.  He obtained a Bachelor of Arts in Economics from The College of the Holy Cross. He attained Martindale Hubbel’s highest attorney rating of AV Preeminent in 2017, 2018 and 2019.  He is a nominated Member in the Claims and Litigation Management Alliance (CLM) and speaks frequently at their national and regional events.  He also volunteers as the Attorney Coach for St. Mary’s High School Mock Trial team in the Nassau County Bar Association sponsored New York State High School Mock Trial Competition.  Jim currently coaches Little League and is involved in Scouting in his hometown.