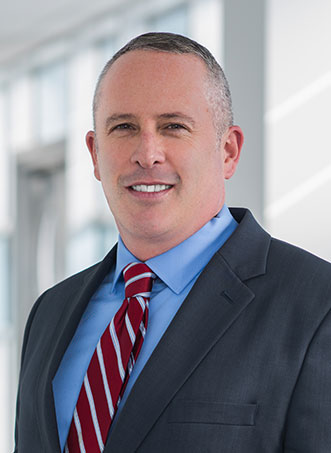 Dan has lectured to a multitude of organizations on a variety of legal matters, including tort and commercial liability.  An active member of his community, Dan is a member of the Nassau County Bar Association and the Nassau Suffolk Trial Lawyers Association.  Additionally, Dan is on the Board of Directors of the Long Beach Lawyer’s Association.

Dan joined Lewis Johs as an attorney upon his graduation from law school in 1996.  Before his admission to the New York State Bar, Dan served as an intern for the Honorable Arthur D.  Spatt of the United States District Court for the Eastern District of New York.  He also interned with the Commonwealth of Massachusetts Attorney General’s Office, drafting complaints and motions, memoranda of law and interviewing complainants relating to civil rights violations and consumer anti-trust laws.

Dan McCally was admitted to practice in the State of New York in 1997 and to the United Stated District Court for the the Eastern District in 2002.  He received his Juris Doctor Degree from New England School of Law in 1996 and was awarded a Bachelor of Arts Degree in American History from Adelphi University in 1993.