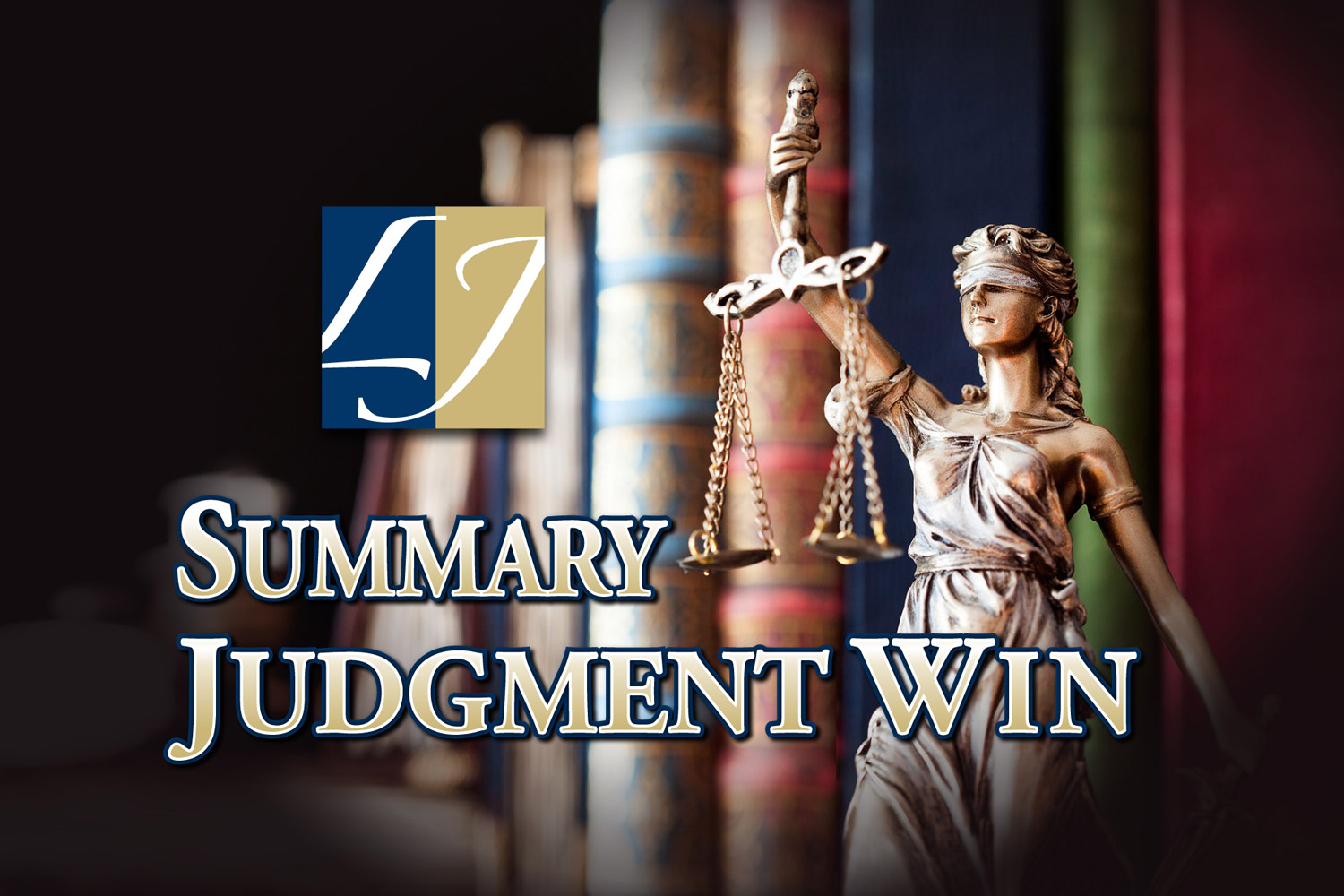 Partner Amy E. Bedell obtained summary judgment dismissing plaintiff’s action for personal injuries allegedly sustained when the plaintiff slipped on liquid on an apartment building’s stairway. Amy argued that plaintiff presented no evidence that the defendants created the allegedly dangerous condition or had actual notice of the condition. The lack of constructive notice of the condition was established through the affidavits of the building’s security director and superintendent, which showed that the subject location was inspected within hours of the plaintiff’s fall, and that the superintendent and building’s porters performed daily walkthroughs and spot checks of the stairwell at various times each day. The evidence marshaled by the defendants also established that the presence of liquid on the stairway was not a recurring condition. The court agreed with Amy’s arguments, granted the motion for summary judgment, and dismissed plaintiff’s complaint.