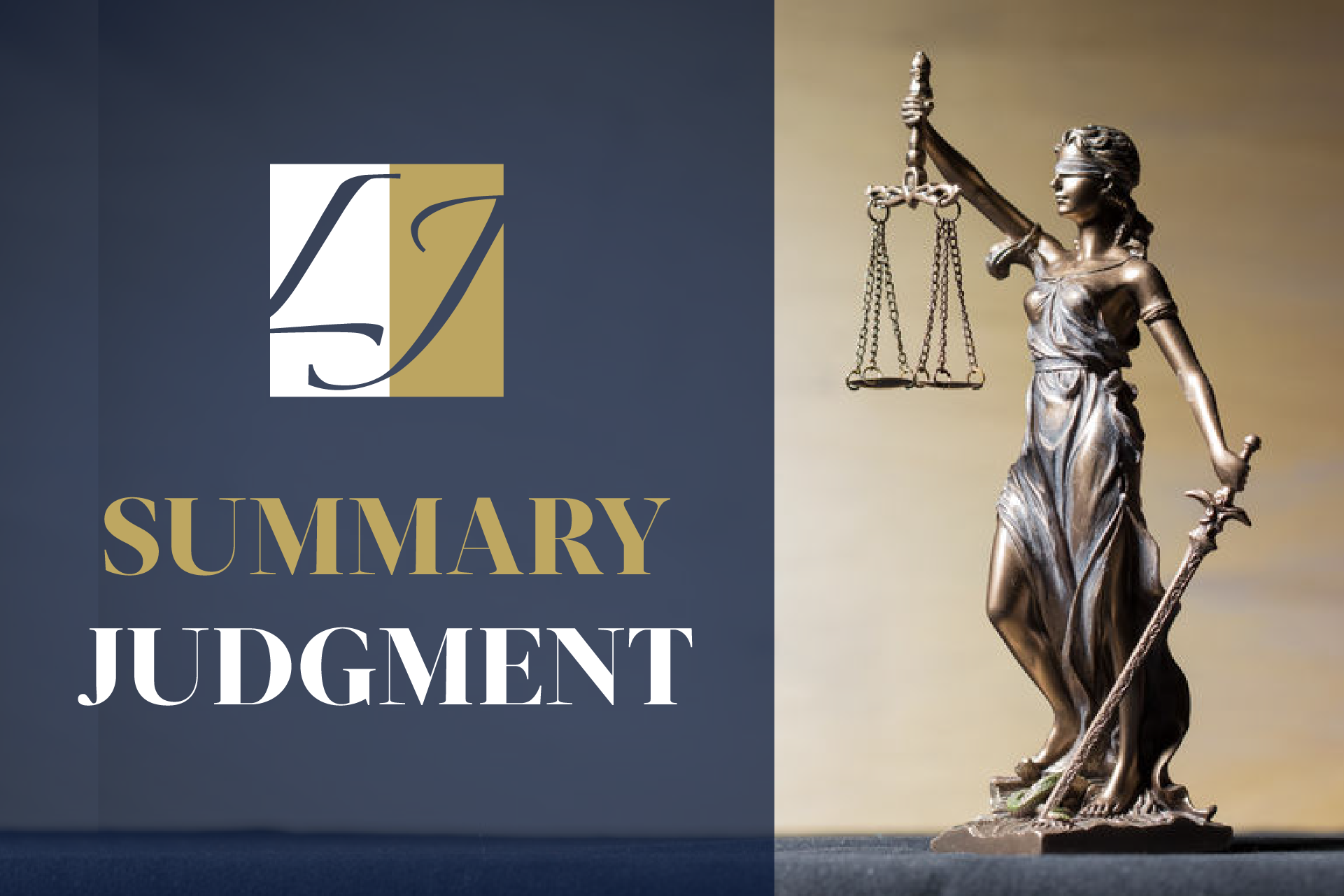 Commercial litigators Bryan Lewis and Natalia Gandolfo obtained summary judgment in a contract dispute between a mother and her son. Our client mortgaged her home so that her son could pay a significant financial obligation. Her son promised to repay the monies as soon as he was able, and in the interim, to pay his mother’s mortgage directly to the bank. He made the payments for several years, then stopped, suddenly, and without any notice. He later testified that he had stopped making payments because he had been shortchanged on a family inheritance. The Honorable George Nolan of the Suffolk County Supreme Court upheld the verbal agreement, finding that the ample evidence existed of the contract terms, and that the Statute of Frauds did not apply because the contract was capable of being completed within one year.