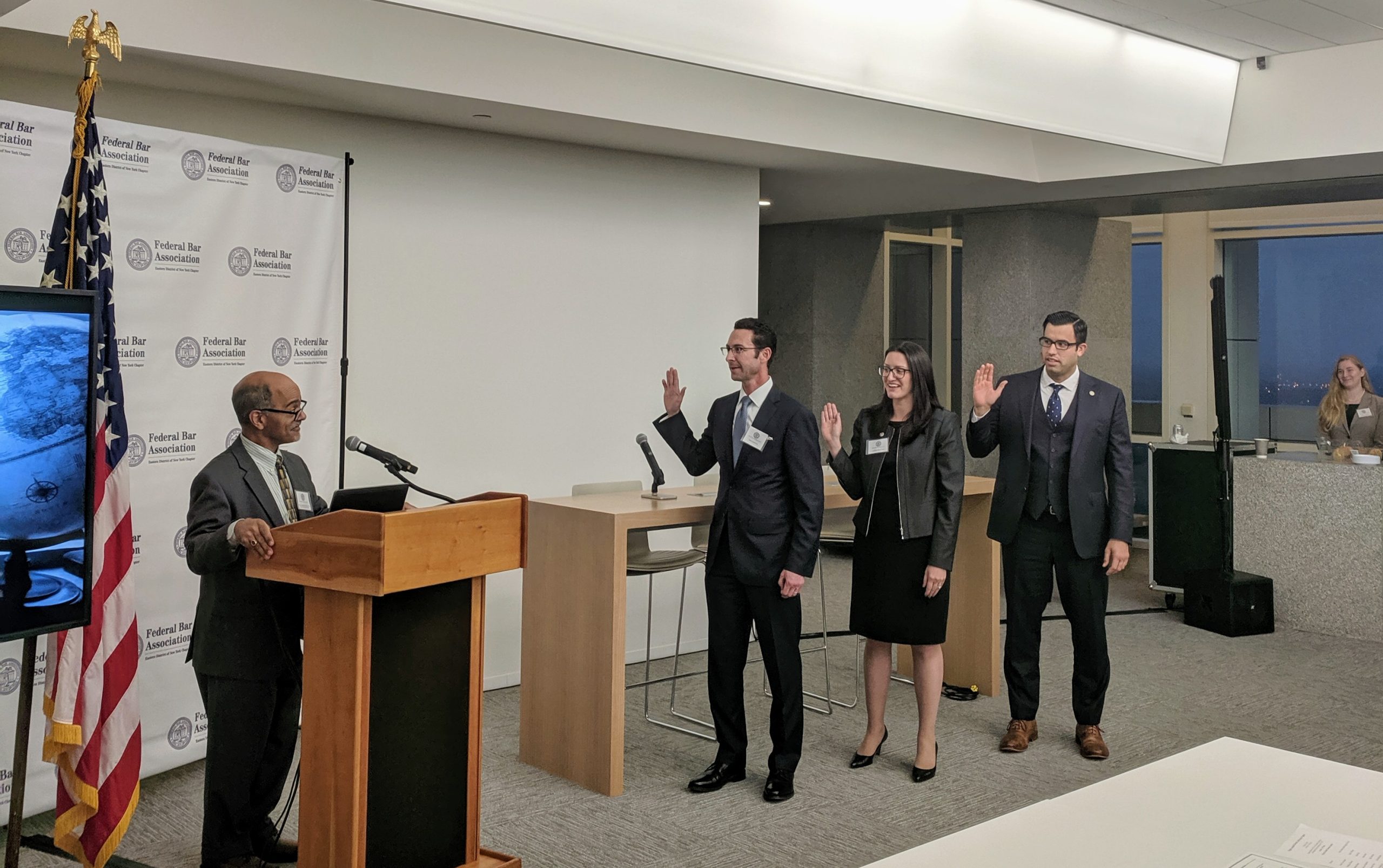 Annemarie Jones was re-elected to the position of Treasurer for the Eastern District of New York Chapter of the Federal Bar Association. The mission of the Federal Bar Association is to strengthen the federal legal system and administration of justice by serving the interests and the needs of the federal practitioner, both public and private, the federal judiciary and the public they serve. On October 16, 2019, Annemarie Jones was sworn into office by United States Magistrate Judge Ramon E. Reyes, Jr. at a ceremony held in the new library of the United States District Court for the Eastern District of New York.