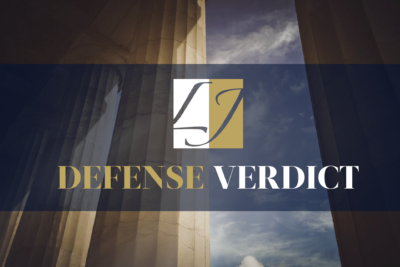 Lewis Johs founding partner Frederick Johs, assisted by Partner Scott Frycek, obtained a defense verdict on behalf of our cardiologist client in the Suffolk County Supreme Court on February 13, 2019.  The plaintiff developed neurological deficits and was diagnosed with a right middle cerebral artery infarction while under the client’s care.  The plaintiff claimed that the cardiologist did not properly manage the patient’s anticoagulation, failed to consider the onset of stroke symptoms, and failed to timely refer her to the hospital for a neurology consultation. Fred argued that the patient’s anticoagulation levels were appropriately managed at all times, that she was timely referred to the hospital, that she was not a candidate for thrombolytics and earlier intervention would not have changed her clinical outcome.

After five weeks of trial, the jury returned a unanimous verdict in favor of our client.