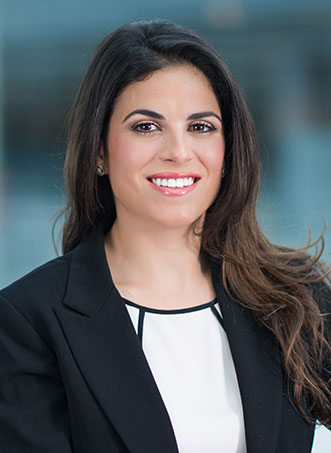 Julianne Bonomo is an associate at Lewis Johs concentrating her practice in real estate and commercial transactions.

Before Lewis Johs, Julianne worked as an Assistant District Attorney for Nassau County.

Julianne received her Juris Doctorate from New York Law School in 2014.  While in Law School she participated in groups such as the Criminal Law Society, the Italian Law Students Association, and the Domestic Violence Project.

Julianne graduated from Cabrini College in 2011 with a Bachelor of Science in Marketing.  While attending Cabrini College, she was a member of both the Women’s basketball and Women’s lacrosse team.  She earned Academic All league honor roll from 2007-2011.  She was also a member of Sigma Beta Delta and Phi Alpha Theta Honor Societies.  Julianne received awards such as the Cabrini College Department award in Marketing, and Who’s Who Among Students Award.

She is admitted to practice in New York State, and Second Judicial Department.