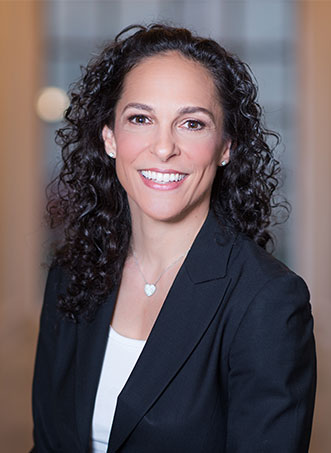 Eileen Libutti is the managing partner of the firm’s New York City office.  In addition to her administrative responsibilities, her practice includes the representation of physicians, other health care providers and hospitals for claims of malpractice from inception through trial.  She also represents corporate entities and handles cases involving claims of general negligence.

Prior to joining Lewis Johs, Eileen was associated with a large Long Island law firm, where she worked in the litigation department handling all aspects of cases involving claims of medical malpractice and casualty defense.  Earlier in her career, she worked as an intern for the Honorable Kevin Thomas Duffy in the United States District Court for the Southern District of New York, where she researched and drafted legal memoranda for use in the Court’s opinions.  She also gained experience working for the office of the United States Attorney for the Southern District of New York.  She has spoken before the American Trial Lawyers Association annual convention on the topic of Cross Examination in Malpractice Cases, the New York State Trial Lawyers, Long Island’s Women’s Symposium, and the Excess Lines Association of New York.

Eileen Libutti received her Juris Doctor Degree from New York Law School in 1991 and she was awarded a Bachelor of Arts Degree from Boston University in 1988.  In 2003, Eileen was honored as one of Long Island’s 40 rising stars under the age of 40, received the Leadership Award from the National Multiple Sclerosis Society and was awarded the Jurisperitus Award from the Court Officers Benevolent Association of Nassau County.  Eileen is admitted to practice law in the State of New York and in the federal courts of Eastern and Southern Districts of New York.